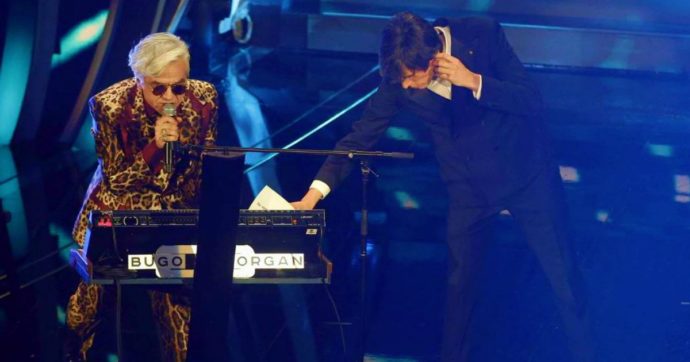 Sanremo is over and although there is a winner, the spotlight is on elsewhere. In the penultimate episode of the Saremo festival, an episode never looked after in history happened. During the performance of the Morgan-Bugo duo there were quarrels that led Bugo to leave the stage during the singing, in front of millions of viewers.

No one really knows what happened between the two artists. The sure thing is that Morgan while singing the song (written by himself) has changed the words of the text insulting his friend (probably now ex) and duo companion. Bugo’s reaction was immediate and he left the stage.

Morgan’s unusual offense would arise from the fact that the previous day, in the cover performances, Bugo made a bad performance. But it would also seem that Morgan, for some of his claims, has only tried the song once, changing the scores of the music, thus leaving Bugo in difficulty.

However, beyond this singular episode, the festival has met with great success and success.

However, although I read some news every time, I avoided seeing the festival … for various reasons.