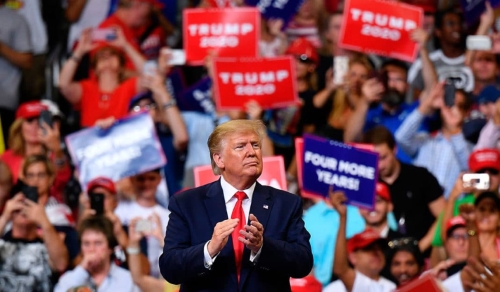 The big names of technology are now very important elements in political life and in the electoral campaign, as they can be decisive for the electorate in order to form their own idea and decide for whom to vote. Donald Trump, yesterday, sent a clear signal to Google.

“WE ARE WATCHING GOOGLE VERY CLOSELY!”

Let’s start with the direct quotation, which we also need to explain that “warns / threat” in the title that might seem risky. Everyone can read us what they want in those six words taken from a Donald Trump tweet yesterday, depending on whether you choose the good faith or the suspect.

Donald Trump, lately, is sending more or less clear messages to the big names of Silicon Valley, fearing conditions for the electorate against him. Yesterday morning he again pointed the finger at Google in the name of a hypothetical anti-conservative prejudice, hypothesizing also the existence of a conspiracy in the society to “illegally subvert the Presidential 2020” (hypothesis dryly denied by Google).